The Fowler College of Business at San Diego State University is recognized as one of the leading business schools in the country, with nationally ranked undergraduate and graduate programs in a number of areas.

The ascent of the college has paralleled the growth of SDSU into one of the nation’s top public universities. SDSU is recognized for its accounting, entrepreneurship, international business and sports MBA programs.

In 2016, the college was named in honor of San Diego philanthropists Ron and Alexis Fowler, whose $25 million gift is the largest in the history of the university, and also marks the first time a college at SDSU has been named. Established as a matching gift, this endowment provides a challenge to the university and its supporters to raise an additional $25 million for the college.

The goal of the match is to support Fowler College and university leadership and become one of the world’s premier business schools, focused on ethical leadership and dedicated to educating the next generation of business leaders. SDSU’s Fowler College of Business has over 60,000 alumni who work for, as well as lead, many companies in the San Diego region, California and the nation.

Through the years, Alexis Fowler, a graduate of SDSU’s College of Business, and Ron Fowler have contributed to many SDSU programs such as entrepreneurship, hospitality and tourism management, student scholarships, alumni and athletics. The naming of the Fowler Athletics Center was a result of The Fowler Challenge, which inspired many others to support SDSU athletics, raising more than $10 million.

Ron and Alexis wanted to invest in SDSU’s College of Business because they could see the potential for growing its reputation. Named endowments for department chairs, professorships and fellowships in the different business disciplines will help to recruit and retain top-ranked faculty. Endowments also serve as a catalyst to develop and expand signature programs and initiatives that create enriching academic and experiential learning opportunities for students.

Ron and Alexis believe that principles of entrepreneurship, innovation and economic development are key to a thriving business environment. The couple also believes strongly in ethical leadership, and so the Fowler College of Business is focused on educating future business leaders who possess values such as trust, honesty, consideration and fairness, and who prioritize the dignity and rights of others. 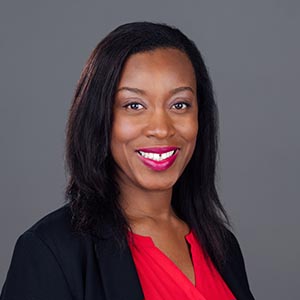 If you are interested in learning more about supporting the Fowler College of Business, we invite you to contact Sheona Som.