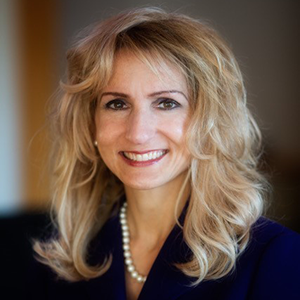 Wendy L. Patrick is a San Diego County Deputy District Attorney named by her peers as one of the Top Ten criminal attorneys in San Diego by the San Diego Daily Transcript and one of San Diego’s Super Lawyers.  She has completed over 150 trials ranging from hate crimes, to domestic violence, to first-degree murder.

Dr. Patrick speaks to community groups, law enforcement organizations, and a wide variety of legal and educational institutions both nationally and internationally about the prevalence and methodology of sexual predators and stalkers, and how to increase public awareness and take steps to protect the community. Her doctoral thesis for her PhD focused on research into the psychology of attraction as used to seduce victims and their families.

Dr. Patrick has lectured nationally and internationally on the topics of sexual abuse, human trafficking, domestic violence, and child molestation. She has taught human trafficking within the United States, as well as in Hong Kong and South Korea. She has been involved locally with the San Diego Domestic Violence Council, the San Diego Child Protection Team, and the Sexual Assault Response Team, from whom she received the SART Response with a Heart Award based on her significant contribution to the professional field of sexual assault prosecution.

Dr. Patrick is a past Chair and Advisor of the California State Bar’s Standing Committee on Professional Responsibility and Conduct (California State Bar Ethics Committee), and past Chair of the San Diego County Bar Association’s (SDCBA) Legal Ethics Committee where she served a six-year term. She is widely published in the field of legal ethics, had her own ethics column in the San Diego Daily Transcript for more than a decade, and teaches ethics nationally on a regular basis.

Dr. Patrick is also a frequent media commentator who has appeared on a variety of both local and national stations including CNN, FOX, and many others as a topic area expert.

Dr. Patrick is published on a regular basis. She is co-author of the revised version of the New York Times bestseller Reading People (Random House 2008), and author of Using the Psychology of Attraction in Christian Outreach: Lessons from the Dark Side (Peter Lang 2013).

Dr. Patrick was a contributing author to the Encyclopedia of Race and Racism (Macmillan Reference 2007), and Hate Crimes: Causes, Controls, and Controversies (SAGE 2004). She had her own ethics column in the San Diego Daily Transcript for over a decade, and had a regular column in Law Enforcement Quarterly. She is published frequently in the Los Angeles Daily Journal, has authored several articles for The Practical Litigator (ALI ABA national publication), and wrote a monthly ethics MCLE article for the California Bar Journal for years. Dr. Patrick is also a writer and editorial Board member for the national American Inns of Court publication The Bencher.

In addition, Dr. Patrick has her own online column in Psychology Today, and has been quoted in sources such as CSNBC, USA Today, US News and World Report, and The Christian Science Monitor.

Dr. Patrick is a faculty member at San Diego State University where she teaches upper division business ethics in the Management Department of the College of Business Administration, at both the graduate and undergraduate level. She has also taught American Government and Christianity at Horizon University, and regularly guest lectures at other educational institutions.

In the legal realm, Dr. Patrick has been teaching ethics, trial skills, and other subjects around the country on a regular basis for over a decade to a variety of legal and business organizations. She has served as an instructor for national and international audiences through programs like the National Institute of Trial Advocacy and the National College of District Attorneys, as well as for educational institutions, law firms, and other professional groups.

Dr. Patrick has presented to audiences as diverse as Crown prosecutors in Canada, to unemployment insurance judges at their annual meeting, to Christian lawyers in Hong Kong, to law students in South Korea. She is also an Institute of Criminal Investigation certified instructor for law enforcement.

In a different genre of teaching, Dr. Patrick presents motivational seminars, keynote speeches, and workshops on topics related to social media, reading people, persuasion, and impression management. She is a frequent conference-opening speaker around the country on the subjects of “Reading People,” “The Psychology of Attraction,” “Reading Red Flags,” “The Dark Side of Social Media,” “Effective Communication with Difficult People,” and related subjects.

Dr. Patrick has been recognized for her legal work as well as her work in the community.  In 2013 she received an Outstanding Achievement Award from the San Diego Deputy District Attorneys Association, recognized by the San Diego County Board of Supervisors by declaring October 8, 2013 to be “Wendy Patrick Day” throughout San Diego County.

Dr. Patrick received the Sexual Assault Response Team Response With a Heart Award in 2011, the Service to the San Diego County Bar Association award in 2005, the Friend of the Community Award from the Tom Homann Law Association in 2003 for her work prosecuting hate crimes, and was recognized as one of San Diego Metropolitan Magazine’s 40 under 40 honorees in 2001.

Dr. Patrick sits on the Board of Directors of the California District Attorneys Association, is a member of the Executive Committee of the California State Bar Criminal Law Section, and is a Master and team leader in the Louis M. Welsh American Inn of Court.

On a personal note, Dr. Patrick holds a purple belt in Shorin-Ryu karate, is a concert violinist with the La Jolla Symphony, and plays the electric violin professionally with a rock band, performing both locally and in Hollywood.