It appears that Instagram* usage may inspire feelings of generosity among Generation Y and Generation Z.

San Diego State University marketing professor Paula Peter was part of a team of academics who studied the social media habits of young adults to explore the possibility. The team discovered that at least 30 minutes or more of Instagram “checking and reading posts/stories” by Gen Y and Gen Z individuals might be positively related to increased instant feelings of gratitude, altruism and willingness to donate to companies and organizations.

“Since Instagram is one of the most popular social media platforms among young adults, we wanted to get an understanding of how Instagram might impact consumers or potential donors who review the site on a regular basis.” said Peter.

Peter, with fellow researchers Monica Mendini (University of Applied Sciences and Arts of Southern Switzerland) and Salvatore Maione (Università della Svizzera italiana) sampled three groups of U.S.-based Gen Z and Gen Y Instagram users to determine the frequency of usage and their inclination to either purchase products from retailers affiliated with social activism or to donate directly to charitable organizations.

Their co-authored research, titled “The Potential Positive Effects of Time Spent on Instagram on Consumers’ Gratitude, Altruism and Willingness to Donate”, was published in the April 2022 issue of the Journal of Business Research.

In each study, the participants were classified according to the time they spent viewing Instagram content on a daily basis either as low users (less than 30 minutes per day), medium (30 – 90 minutes per day) or high (more than 90 minutes per day). Participants declared they checked and read stories on the social media tool primarily for relatedness, connection, and its positive content. 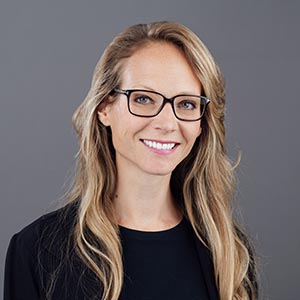 The researchers chose to study Instagram because it is among the most widely used social media platforms, according to earlier research.

Despite the negative publicity reported by several news outlets about the social platform, the researchers wanted to test Instagram’s potential for positive impact. This was based on previous academic research which indicated that content shared on the platform had been described as “positive” and “uplifting.”

“We specifically explored the amount of time users spent on Instagram to study the potential positive effects of feelings of gratitude, altruism and willingness to donate,” said Peter. “Our objective was to determine insights on how time spent on this social media platform might have a positive impact for businesses, consumers, and society.”

The first study sampled 291 college students about their feelings of gratitude and explored “escape from negative feelings” as the mechanism explaining the effect.

Conclusion: While participants showed no significant difference in general gratitude at the beginning of the survey, heavy and average users said they felt increased gratitude when they used Instagram. They also demonstrated a significantly higher degree of escape from negative feelings than light users.

In the second study, 234 college students were asked the same questions as the first group of students, but they were also asked “How altruistic do you feel when using Instagram?” After comparing the results of the first two questions given to both the first and second student groups, they found no significant differences. However, when the researchers analyzed the second group’s response to the question about altruism, they found that heavy Instagram users felt more altruistic when using the platform than light or average users.

Conclusion: In addition to the increased escape from negative feelings, heavy users feel more gratitude toward life and feel more altruistic when on Instagram.

In the third study, the researchers surveyed 502 Gen Y and Gen Z working professionals on a list of questions that ranged from “I am filled with positive energy that transfers to other parts of my life,” to “I often surprise myself in a positive way.” There were also questions that specifically surrounded their Instagram usage including questions asking about the survey participants willingness to donate to various Instagram fundraisers. As with the first two studies, the researchers noted the survey participants reported an escape from negative feelings, and a higher level of gratitude and altruism for heavy and average users of Instagram. They also noted that heavy users indicated an increased willingness to donate to fundraisers or purchase products from retailers affiliated with charitable causes who advertise on Instagram compared to average or light users. 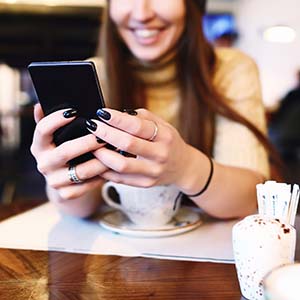 *Instagram is a photo and video sharing social networking service with over a billion users worldwide.

Conclusion: Feelings of positivity, coupled with feelings of gratitude and altruism, tend to be stronger in individuals that use Instagram more than 30 minutes a day. This correlates positively with increased engagement in cause-related consumerism or charitable giving, which may have a good impact on society.

“The results of our research suggest that Instagram is not all negative, as often portrayed by the media, and it has the potential to have a positive effect on consumers’ well-being and society,” said Peter. “Of course, the focus needs to be on the type of content and the motivations for the consumption of this particular social media tool. This has significant implications for consumers, organizations, companies, and brands interested in consumers’ and society’s well-being.”

While the researchers consider their study of Instagram users to be potentially helpful to organizations engaged in cause-related marketing and business activities, they also caution that their surveys focused on the impact Instagram usage had specifically on feelings of positivity. “Our research focused on participants who use Instagram primarily for its positive content. However, we did not specify an endpoint as to how much time users can spend online without causing potential harm to themselves,” said Peter. “Future researchers may want to consider testing internet usage end-points, type of content users engage with, and other uses of this particular social media tool (e.g. self-promotion, sharing, liking etc.).”

Note: The authors received no external financial support for the research, authorship, or publication of this research.