Will Spending Make You Happy? Fowler Researcher Finds It Depends on How You Feel About Your Money

Research conducted by professors at San Diego State University and Duke University supports that old adage, finding it especially true for those who feel that they are experiencing financial constraints.

Eesha Sharma a professor of marketing at SDSU’s Fowler College of Business, Rodrigo S. Dias and Gavan Fitzsimmons from Duke University analyzed the responses of 25,765 respondents in 42 studies to determine who derives happiness from their purchases.

They found that the more people feel financially constrained, the less happy they are with things they buy. Their findings were recently published in the Journal of Consumer Research.

“We also noticed that planning purchases more carefully reduces this effect. This is likely because planning helps people justify and feel less guilty about their expenditures,” said Sharma. 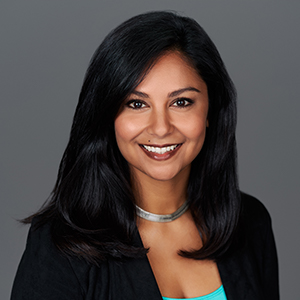 The researchers came to these conclusions after analyzing a series of studies designed to measure consumers’ recent purchases, their perceptions of their financial constraints, and the happiness derived from their purchases. They also compiled  data from reviews published on the website Yelp, the  consumer research organization Experian Simmons, and the U.S. Census Bureau to determine if there was a contrast between rankings posted from those who identify as  financially constrained compared to those who don’t.

Using the data gathered by Experian Simmons, the researchers identified zip codes where residents indicated widespread financial insecurity They next gathered Yelp reviews of national restaurant chains since they tend to have a high level of consistency in their product offerings throughout the U.S. Finally, they merged their information with demographic data supplied by the U.S. Census Bureau into a single database to study the results.

After analyzing their new dataset, they concluded that restaurant chains received lower reviews and ratings in regions that trended toward more financial insecurity.

The researchers took this process a step further in a more controlled experimental setting. They asked 986 individuals to review a recent purchase. Then, they asked some participants to write about their financial constraints (financial constraints condition). They next asked the rest of the participants to describe what they did over the past weekend (control condition).

The study found that participants who focused on their  financial constraints wrote fewer words in the product review and their reviews tended to contain more negative language. 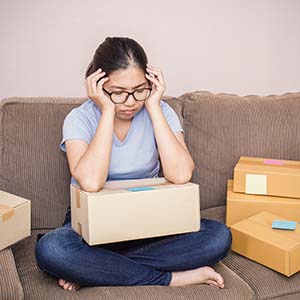 After analyzing all of the data, the researchers surmised that consumers who identify as financially constrained:

“Prior research has shown that financially constrained consumers tend to engage in compensatory buying, meaning that they buy things with the intent of making up for things they lack or feel unhappy about in their lives,” said Sharma. “We consistently found the same effect, controlling for multiple purchase characteristics, such as whether the products were discretionary (vs. necessary) purchases, frequently used products, and products used with other people.”

The researchers concluded their work by stating that consumers’ psychological states (perceptions of their finances) play an important role in product satisfaction.

“Our results indicate that when consumers on a tight budget make these types of purchases, they may experience more feelings of guilt or remorse, leading to less purchase satisfaction than consumers with fewer financial constraints,” said Sharma. “However, if they understand how those perceptions impact their decisions, they can dedicate more attention to planning their purchases to counteract this effect.”