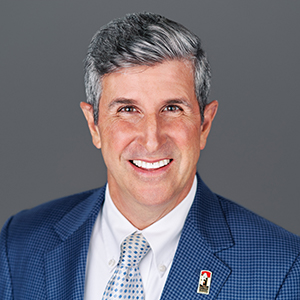 Mark J. Ballam serves as managing director for San Diego State University’s Center for Advancing Global Business (SDSU CAGB) where he is responsible for the overall strategy and implementation of the program including budget, resources, advocacy, and communications.  He also manages the $1.2 million federal grant from the U.S. Department of Education, awarded to SDSU in October 2018.  This program helped launch the undergraduate International Business degree program at SDSU, which is ranked #8 nationally in U.S. News and World Report’s 2021 America’s Best Colleges publication. Ballam came to SDSU in 2005, after eight years at the Georgia Institute of Technology.  Before Georgia Tech, he had a twelve-year career in the banking industry. Since his arrival at SDSU, he has been instrumental in raising more than $7 million in grants and gifts.

Ballam is president of the Association of International Business Education and Research.  Recently, the U.S. Secretary of Commerce reappointed Ballam to the San Diego & Imperial District Export Council and, in 2020, was elected Chair of the organization.  Ballam serves as vice-president of the San Diego Diplomacy Council.  He recently completed two terms as president of the Consortium for Undergraduate International Business Education.  In 2015, Ballam was elected to serve as executive board member of the Pacific Asia Consortium for International Business Education and Research. Ballam represented the Pacific South Region on the board of directors of the National Association of District Export Councils (NADEC) for two consecutive terms.  Since 2016, he has remained active with NADEC serving as Associate Board Member and Regional Legislative Affairs Coordinator.  Additionally, Ballam sits on the International Affairs Council of SDSU’s University Senate. He serves on the Advisory Committee for Southwestern College’s Small Business Development and International Trade Center.

Ballam completed his undergraduate studies at Clark University in Worcester, Massachusetts, and earned an MBA from the Georgia Institute of Technology in Atlanta, Georgia. His most recent co-authored academic paper was published in August 2018, in the Journal of Innovations in Education and Teaching International (Routledge). Ballam has been a longtime member of the Academy of International Business (AIB), Scholars Without Borders, and Phi Beta Delta, the honor society for international scholars.